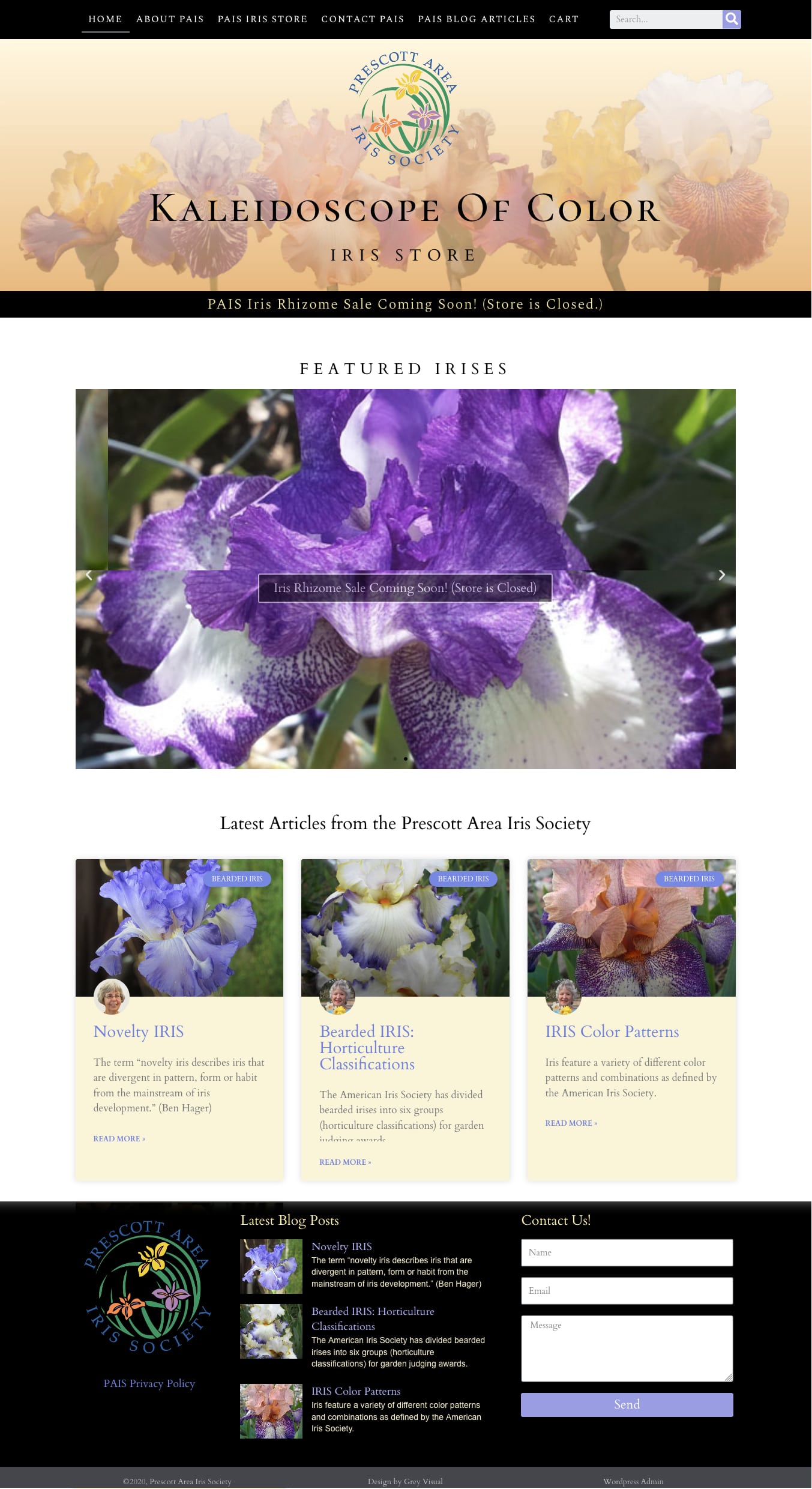 In 2020 we helped the Prescott Area Iris Society have their annual iris sale….. despite the Covid19 crisis had made their in-person sale impossible. This store enabled them to exceed their expectations and help fund their annual activities.

The Prescott Area Iris Society began as an informal gathering of irisarians sponsored by the Phoenix Sun Country Iris Society. Various members of that organization came to Prescott to present educational programs. Annually, every spring they mounted an display of iris in a local mall. In the fall of 2002 the Prescottonians were encouraged to form their own society and become an affiliate of the American Iris Society.

In the spring of 2003, the newly formed PAIS held their first iris exhibit at Sharlot Hall Museum in the transportation building. Members brought iris stalks from their gardens and proudly displayed their favorite flowers for the public’s enjoyment. In August 2003, the first rhizome sale was held with donations from PAIS members and from Sun Country. The first sale was such a success the rhizomes were sold out before noon!

In 2006, the Society’s first community project established iris plantings in the Yavapai College Sculpture Garden. The Dykes Iris Medal Winners were added to the garden in 2010. In 2016, the sculpture garden was designated a National Display Garden and a Historic Iris Display Garden by the American Iris Society and the Historic Iris Preservation Society, respectively.