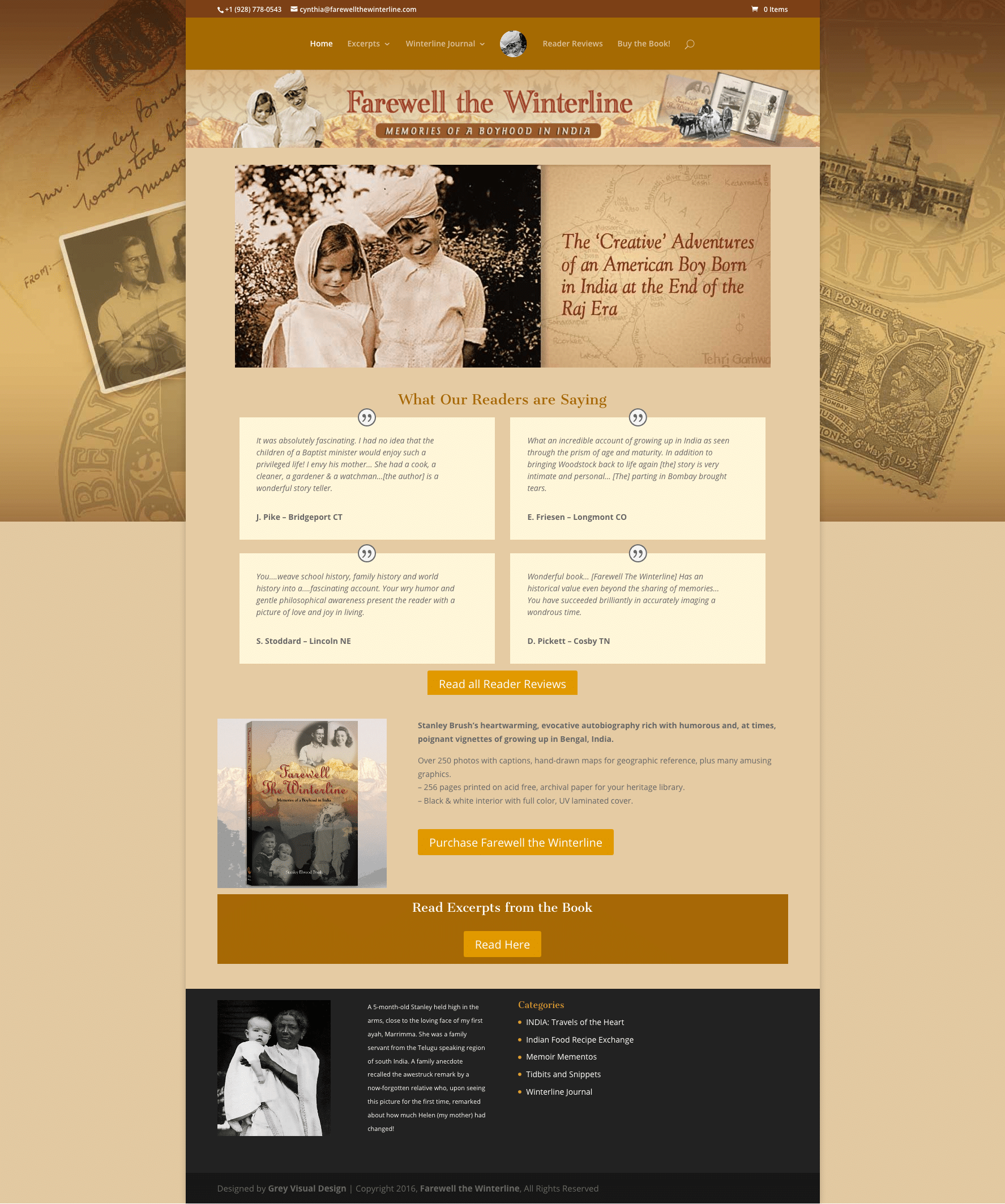 A Website Design for an Autobiography of Stan Brush; His Memories of a Boyhood in India. Grey Visual not only designed the WordPress website but the book itself.

From the back cover: So much has changed in India over the past seventy three years that the period before and during World War II, its disturbances, dislocations, and precipitous end of British rule seem like scenes in a distant drama, ever receding over the horizon of living memory. The details are obscure, the colors have faded, the sounds are barely audible. As the generation of those who were there leaves the stage, the details go with it and are lost forever. This memoir is a record of my life and times, a person who was there, the son of American missionaries and a student in an American-sponsored boarding school in the Himalayas. This is not a political history, nor is it a history of missionary work in India. It is a tale in which I have tried to re-imagine how I felt and saw things then.